About, My Sourdough Love Story,

I recommend products I personally use and may receive commissions when you buy through my links. How falling in love with a loaf of bread changed my life. True story.

Phantom aromas of a ripening sourdough starter follow me into the car, into the office, and into my day like a wild perfume.

The crust crackles out of the oven like a sticky, chewy fire.

That’s what I also thought until June 2008 when I stayed at Le Puits d’Angle, a small B&B inside a tiny walled village, an hour out of Paris, surrounded by wheat fields, where an unassuming loaf (below) changed the course of my life. 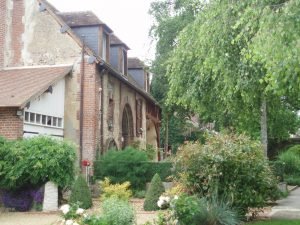 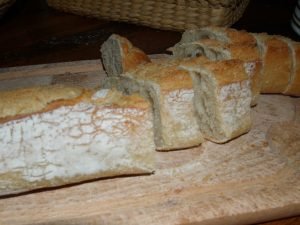 It was before iPhones gave people like me photographic superpowers. It was also breakfast. Brewed coffee, toast, jam, and yoghurt. It wasn’t bacon and eggs or a barista latte, but it was France and my husband and I were about to take the train into Paris, the city of love. 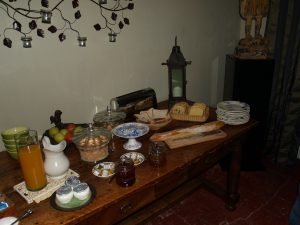 But hadn’t even left our B&B when we discovered – some things you fall in love with can also be the most simple. Luxury that’s completely unassuming, even in France.

Cream cheese and jam? It was the only thing provided on the table. But it was good and we found ourselves in love.

The next 48 hours in Paris were stunning, we saw all the must-do’s Eiffle Tower, Champs Elysees, Notre Dame, tiny cars and insane parking, but we were seriously motivated to get back to our out-of-town B&B for one last breakfast and cross our fingers… another slice of that bread. 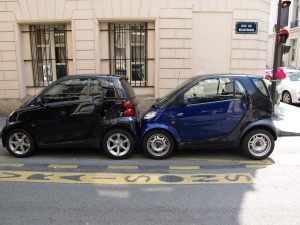 This was the beginning of our travel tradition and our new life as bread snobs. Sorry! But from here on bread had to have texture and flavour and we are talking about life back in the days of 2008. Australian supermarkets and bakeries were not selling much more than processed white or traditional wholemeal. Yeast, preservatives and all!

Europe had changed since I first visited in the late 90s. Within that short decade, Asian imports had replaced local manufacturing and small boutiques were overshadowed by UK and USA brands. The sophisticated European wardrobe planned for my returning luggage was no longer on the agenda and we decided for the first time to take home things that would become part of our lifestyle instead. Like eating good bread.

So kicking off this new tradition, I set out to make bread. I emailed Le puits d’angle to find out what kind of bread it was we’d fallen in love with. ‘Daily Bread’ was the reply. There was nothing special about it. But there was. To this day, I don’t think it was a sourdough loaf but made from poolish. It was however fermented in some way due to the complexity of the flavour.

I bought bread flour from the supermarket and researched how to make a fermented sourdough starter. I was intrigued. Magically, I would be collecting wild yeast from my own kitchen to ferment bread flour and create a one-of-a-kind sourdough culture. It was going to be easy! And from that moment of love-at-first-bite… I was ready to taste France again.

Fast forward a year and a half… Yes, 18 long months, countless bags of flour and not one successful loaf, I was feeling defeated. Many tears had been wiped away, along with loads of non-bubbling goo thrown into the garbage. I had discovered not all flours are equal when it comes to making sourdough. Even if it says Bread Flour on the packet and you can buy it in the baking aisle. Sourdough culture needs a certain amount of protein to rise and anything less, results in rock cakes. So I hit the research treadmill again. Could I buy such flour in Australia?

Oh. You’ve got to love the power of Google and YouTube!

I found a company more than 2,500kms away, in Queensland that sells all things ‘bread’. www.basicingredients.com.au Fortunately, they sold online, home-delivered and stocked flour with the right amount of protein for making sourdough bread!

This was the second chance beginning of my sourdough love story.

Having the right ingredients was worth more than any technique I was unable to master. The process worked instantly. 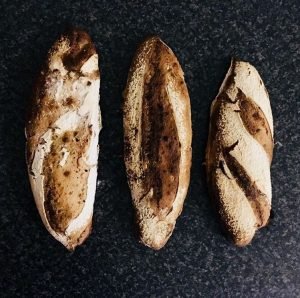 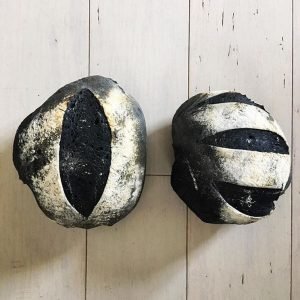 Since those days several things have happened.

I’ve made black activated charcoal loaves, red beetroot loaves, green spinach loaves, large loaves, small loaves, seeded loaves and olive loaves because I can. I guess I just love the art of it. I still haven’t mastered the elusive French baguette but working on it.

I’ve also made the process easy. I promise… there was no other way it was going to stick in my own day-to-day.

If you’re inspired to bake your own love story sourdough loaves at home and join countless others who are doing the same, search this site for all things sourdough and you’ll find everything you need to know to bake your own beautiful loaves, the easy way.

Oh. And don’t worry if they’re not perfect. The process of making, smelling, tasting and sharing your own loaves, regardless of what they look like, is beautiful. It is its own form of perfection. Be included in a simple email letting you know when something new is available!